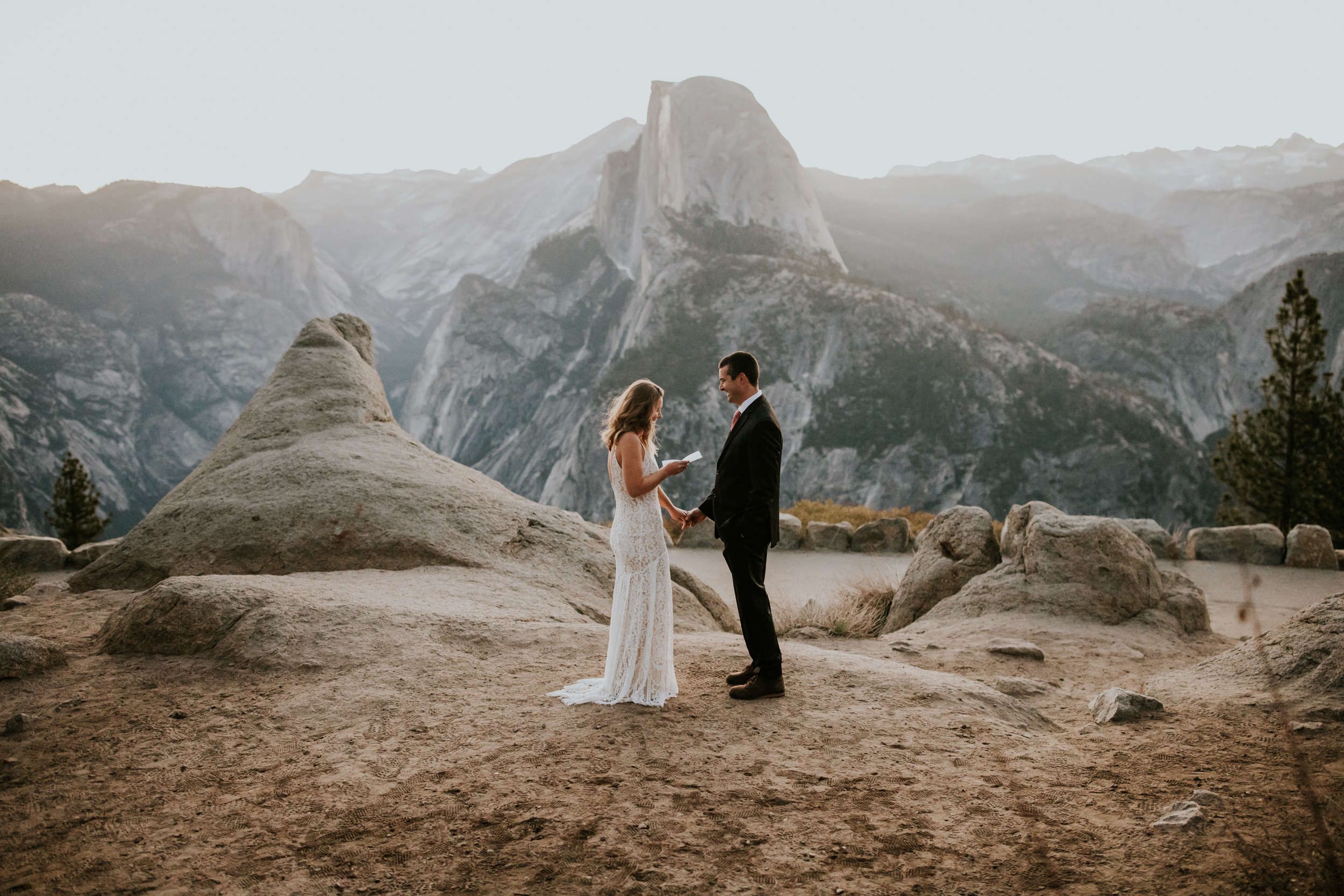 Megan and Chris’s Yosemite adventure elopement was one of the most epic adventures!! Megan and I met many years ago through a mutual friend. I was SO honored when she reached out about doing her wedding. Like many many other couples they had planned a wedding here in Florida but with all the Covid BS they decided to just elope in Yosemite National park. Yosemite is actually where they got engaged too!

I had never been to the park and it was definitely high on my bucket list. So, when Megan asked me if I would be down to travel out there of course I didn’t hesitate to say yes! They had planned on it just being the two of them but ended up having their immediate families tag along. Which ended up being amazing because Megan’s dad was able to marry them!

We started their day bright and early before sunrise. They exchanged private vow as the sun came up over Glacier Point. It was literally one of the most amazing experiences to see in person. The place is unreal! After that we adventured around doing some portraits at several locations. Their family was waiting in the valley for us to arrive to do their ceremony. It was a very emotional ceremony for them and was so so beautiful to witness. We then headed back to our place to take a break for a bit. Right before sunset Megan and Chris and I hiked up to Taft Point. There was still a little snow on the ground on the trail, which was so cool! They ended their day at one of the most epic places with tequila shots. No better way to end your adventure elopement in my opinion!

Did you know I offer adventure elopements?? They a

These lovers said I do on one of the most beautifu

The amount of stoke in this picture perfectly refl

I mean is there anything better then sitting atop

Putting the finishing touches on this beautiful co

This day was so special. These beautiful ladies el

When you are killing the style game on your elopem